Is Spirulina the Most Nutritious Food on Earth?

Would you ever eat “pond scum?”

Despite this unpleasant nickname, the blue-green algae called spirulina is a nutrient dense cyanobacteria that can often be found in still water lakes and ponds and has been eaten by people all over the world for hundreds of years. 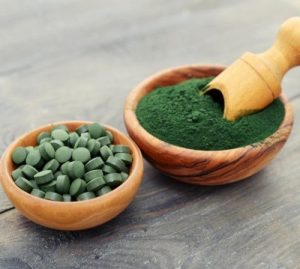 When the conquistador Hernan Cortes encountered the Aztecs of modern day Mexico, he found that they grew spirulina in large lakes and harvested the algae for culinary cakes that were sold to the local population.

The Aztecs were not alone in this practice either. On the other side of the planet, natives of the Lake Chad area of Africa also cultivated spirulina to utilize for health and nutrition.

So what exactly is so special about spirulina?

Spirulina is chock full of vitamins including A, B1, B2, B6, E, and K. This superfood algae also contains considerable amounts of minerals such as iron, calcium, magnesium, potassium, zinc, copper, selenium, and manganese. Spirulina also contains the rare fatty acid GLA.

You can think of spirulina as nature’s multivitamin. The best part is that, unlike modern synthetic multivitamins, all of these vitamins and minerals are in a highly absorbable and bioavailable form.

With such a wide array of nutrients it is no wonder ancient peoples valued this powerful food!

And the benefits of spirulina do not end there.

Spirulina has been found to be around 65 – 71% protein by weight. Who would have guessed that an algae would be one of the densest sources of protein known to man?

With 18 total amino acids, this superfood contains all 8 of the “essential” amino acids necessary to maintain human life. Spirulina is one of the rare “complete proteins” found outside of the animal kingdom. This means spirulina is a valuable ally for vegans and vegetarians who are hard-pressed for sources of quality protein.

The compound responsible for spirulinas blue-green appearance is a powerful antioxidant called phycocyanin.

When consumed, phycocyanin has been found to stimulate the production of stem cells. Stem cells have the ability to become any cell in your body. They are crucial to the regeneration and rebuilding of your body.

As a cyanobacteria, spirulina actually acts as a probiotic! It has the ability to not only support the proliferation of healthy bacteria in the gut but also fight off harmful bacteria, yeasts, and fungi like candida.

With the balance of intestinal bacteria at the foundation of proper digestion, assimilation, and overall health, the probiotic properties of spirulina are not to be overlooked!

Let’s face it, we live in a toxic world.

Fortunately, there are many things we can do to mitigate the toxicity all around us. Spirulina is believed to be able to bind with (chelate) heavy metals and help escort them out of the body.

Spirulina is also loaded with chlorophyll, the green pigment responsible for photosynthesis in plants. Chlorophyll is known to help purify the blood and boost the immune system.

There is also evidence that spirulina can bind to radioactive isotopes protecting the body from the damaging effects from radiation. With nuclear disasters like fukushima and the proliferation of cell phones, wifi, microwaves, etc. this property of spirulina is more important than ever.

Want to Try it Out?

Spirulina can be purchased in pill or powder form but it often has an unpleasant taste and many spirulina products are cut with excipients or contaminated with heavy metals or other toxins.

For a delicious, safe, and potent dose of spirulina, just take the recommended serving of Dr. Colbert’s Fermented Green Supremefood. Dr. Colbert included spirulina in his fermented greens blend because he knew the powerful healing properties of this ancient superfood!